I used a bundt cake recipe and slightly modified it.
So many things went wrong with this bake, but somehow it was delicious.
What went wrong?
1. The caramel was too runny, so even after cooling and then freezing it, it melted quickly and threatened to bleed into the batter.
2. The batter wasn’t quite thick enough, so the caramel sank during the bake instead of staying suspended.
3. I didn’t cover the tops with foil halfway through the bake, so they caught just a tad.
4. The tops cracked, and I have no idea why.

However, the burning of the top didn’t taste burnt at all, and it added a slight crisp to the pudding. And the caramel slowly sinking to the bottom made it wonderfully moist throughout. 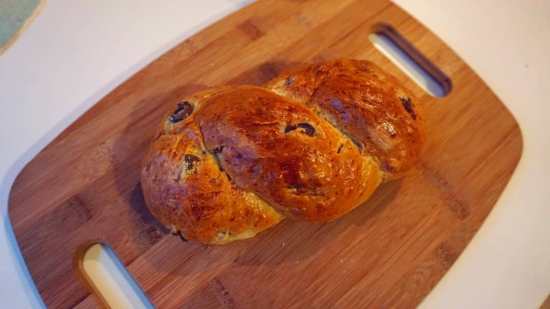 I used a bread recipe I’ve been using for about a year now and just adapted it for this flavour and the added moisture.
This was probably my second best flavour of bread ever. The first was a lavender and rose loaf that I made back in the spring.
I used mixed Greek olives and added rosemary, turmeric, pepper, and thyme.

I did have slight struggles with using the glass loaf pans and needing to raise the temperature while baking those loaves.

I did this with a chocolate crust (modifying the recipe I used before). I actually tried some fancy decoration, and it was a really fun bake!

I did a flourless sponge and filling so that I could surprise a coworker with celiac disease.
I love the combination of chocolate and spice, so I added cayenne, chili powder, nutmeg, ginger, cinnamon, and allspice to the filling and to the tempered chocolate bark. 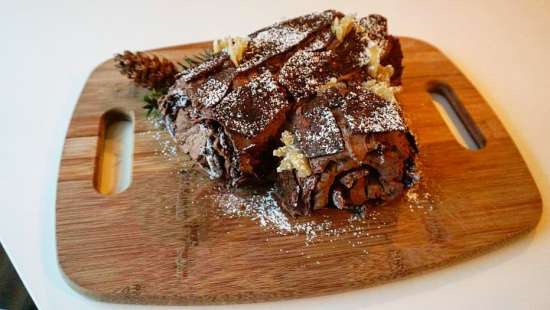 This is the first bake during which everything went smoothly. Nothing screwed up other than my forgetting to loosen the cake a little before turning it out. The cake was beautiful and absolutely scrumptious.

One thought on “December Bakes”